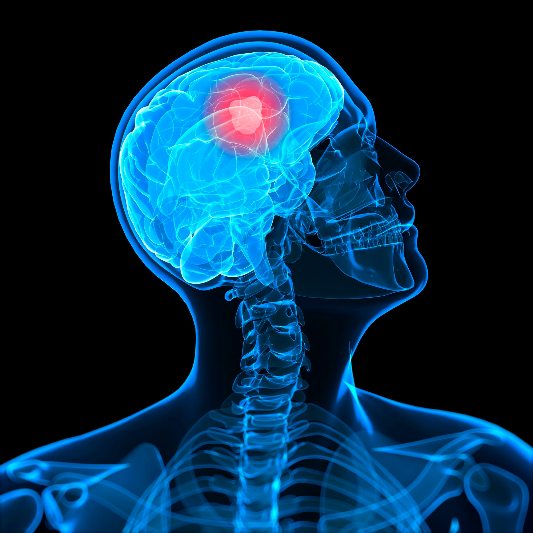 What is a Brain Tumour?

A brain tumour is an abnormal collection of tissue made up of cells that show uncontrollable growth and multiplication. These tumours are also known as intracranial tumours as they are found inside the skull. Brain tumours fall under two main categories – primary and metastatic. Environmental factors and genetics are believed to be the primary causes of brain tumours.

Primary brain tumours are those which originate within the brain and are made of the same tissue as the brain or its immediate surroundings. These tumours can be benign or malignant. Metastatic brain tumours are the kind that originate in other parts of the body such as the lungs or stomach and migrate into the brain. The migration happens typically through the bloodstream. Almost all metastatic tumours are considered malignant and cancerous.

What are the symptoms of Brain Tumours?

The location of the brain tumour can cause symptoms to vary, but the most common symptoms are:

How are brain Tumours Treated?

Whether the tumour is benign or malignant, it is usually treated with surgery, chemotherapy and radiation therapy, either through individual treatments or various combinations. Before surgery, scans are performed to indicate the location of the tumour. A biopsy is then taken to confirm the type of brain tumour. To remove the tumour, a craniotomy is performed where part of the skull is removed so the surgeon can access the affected area. Doctors will determine the best course of action on a case-by-case basis.